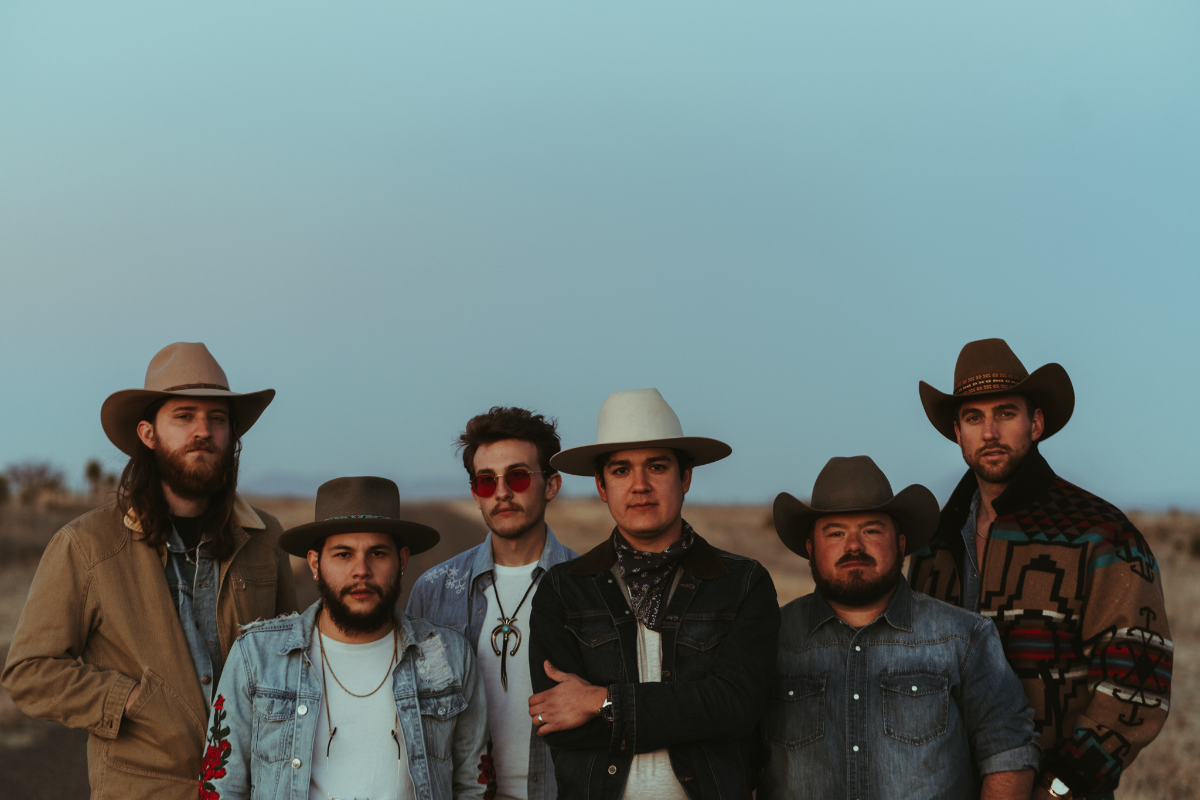 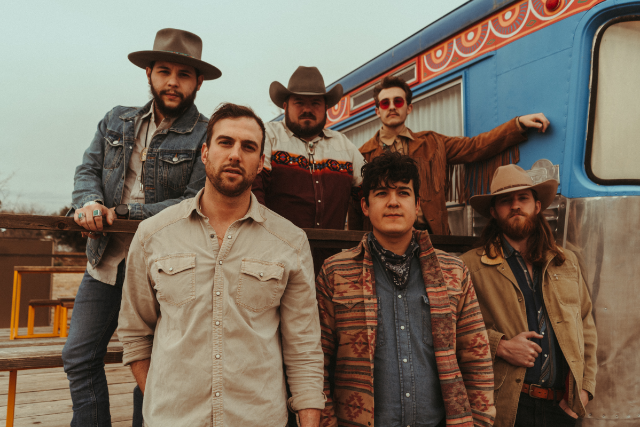 Flatland Cavalry is breaking out into a gallop. After years of hot trotting across their native Texas, the country outfit is primed for a breakout with the release of their third full-length album, the sonically sprawling and wistfully written Welcome to Countryland.

The Texas sextet--bandleader and chief lyricist Cleto Cordero, guitarist Reid Dillon, bassist Jonathan Saenz, drummer Jason Albers, fiddle player Wesley Hall, and recent newcomer utility instrumentalist Adam Gallegos--continue to embrace their trademark sound while further pushing into the wild unknown. When it was time to embark on recording a new album, resting on their laurels was simply out of the realm of possibilities.

After the release of 2019's critically-acclaimed Homeland Insecurity and their 2016 full-length debut Humble Folks, they’ve been on a healthy trajectory rising through the country ranks. After
years of working with Lubbock stalwart Scott Faris in the friendly confines of Amusement Park Studios, Flatland decided a change of scenery was necessary. Despite some hesitation and a
mix of emotions, they instantly knew recording at Nashville’s Sound Emporium Studio A with rising producer Jake Gear was the right move.

"With our last two projects, we knew that room and setup. There's comfort in working with Scott," says Albers. "I think it was important to try and further expand with this album. Sonically, this album is definitely something bigger."

“I think everyone kind of experienced this bit of nervousness going from Scott’s studio to Sound Emporium,” adds Dillon. “That first day, everyone was a little fidgety and shy. You eventually fall into this comfort zone.”

While the roster of collaborative confidants and colleagues (Spencer Cullum, Jim Hoke, Billy Justineau, Hailey Whitters, and Kaitlin Butts) has continued to expand with Flatland's sound stride for stride, Countryland isn't a cut and paste effort with Nashville studio musicians. Rather, it finds the rootsy Texans delivering their A-game due to countless tour runs zig-zagging across the country and becoming seasoned performers and musicians.

Since their humble beginnings out in the Panhandle town of Lubbock, Texas, Flatland Cavalry has embraced their surroundings and rural West Texas roots. Formed in 2014 while attending Texas Tech University, Cordero and company made their presence felt within the Hub City's songwriting circles and dancehall circuits. Banking on Cordero's earnest pen and the band's blend of country instrumentation, toe-tapping grooves, and earworm choruses, Flatland quickly
became a regional sensation.